HABLAMOS INGLES uses a language teaching method that focuses on repetition and immediate correction of grammar and pronunciation, and also stresses the importance of accent reduction. This method allows students to learn English at a much faster pace, retain the language with more success, and speaking as fluidly as possible in a short amount of time. Each class is intense and action-packed, without a moment of rest in the classroom! You can think of your language coach as you personal trainer in the gym... you will be pushed, but you will see results! 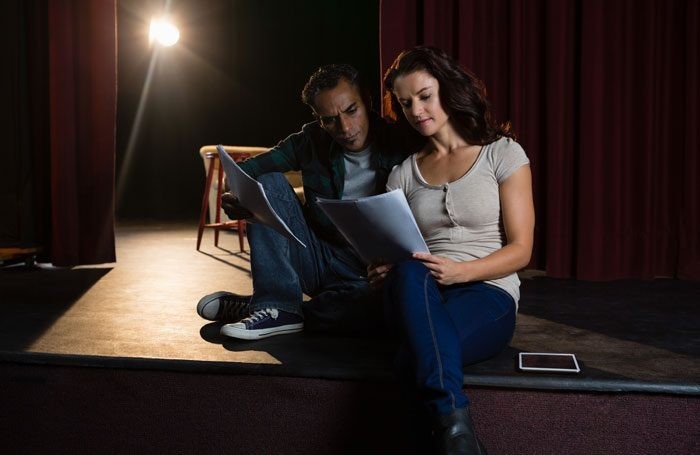 AT A THEATRE HOUSE - MADRID

- No acting or theatre experience necessary

- Suitable for people wanting to better their Business English

- English for people who like to learn in a creative environment

In these 3-hour classes students will read and translate a different script each week, a short scene from a script which could come from a television, Netflix or HBO series, or perhaps a film or theatre script. Students will first perform readings of the script while seated and without any action or "acting", students will discuss the characters, the plot, the language, accent and slang used in the scene, and other important details, and then finally, students will act out the scene on the stage. The subjects vary widely each week, so that students are able to learn different vocabulary, different styles of speech, expressions and accents.

- Watching the scene or film before class - link will be provided

- You will not need to learn lines prior to class - this will be accomplished in class!

Save this product for later